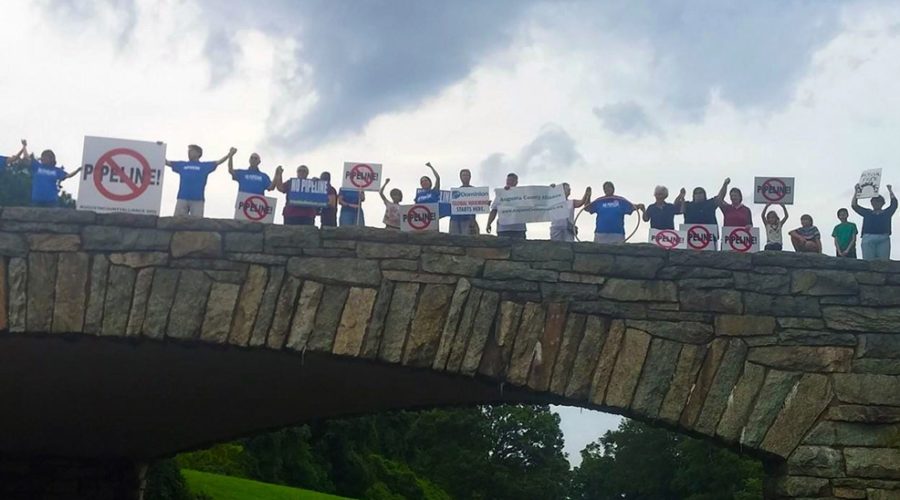 Not in the ground yet. Or ever!!

My how time flies! Five years ago, on Sept. 2, 2014, then Virginia Governor Terry McAuliffe and Dominion energy CEO Tom Farrell held a stunning press conference announcing the Atlantic Coast Pipeline (ACP). The massive pipeline project, estimated at that time to cost $5 billion, was to be finished by late 2018 – using eminent domain powers to carry natural gas 600 miles from the fracking fields of West Virginia to the port areas of Virginia and down into North Carolina.

Guess what? Five years out, the ACP – now billions over budget and years behind schedule – has left behind a path of deceit, but only a few dozen miles of pipe in the ground, and not a single mile in Virginia. Since 2014, we have learned just how economically and environmentally devastating the ACP would be to communities across its route. We have also learned that the pipeline is simply not needed to “turn the lights on.” It will be obsolete in contributing to our nation’s energy future before it is even built. Some investors now consider this a risky project. (Something we have known for five years!)

You, concerned members of the community, are the reason this pipeline project is in peril. The same week of that disturbing September press conference, 22 citizen organizations, including Alliance legacy organization Augusta County Alliance, joined to form the Allegheny-Blue Ridge Alliance. Now more than 50 groups made up of tens of thousands of people continue the fight every single day. We will not rest until this unneeded pipeline is stopped.

Although much of that fight is now in the courts, we must continue to let our voices be heard and continue to be vigilant.

The fight in the courts

Alliance for the Shenandoah Valley is involved in two cases, one against the Federal Energy Regulatory Commission challenging the need for the pipeline (to be heard in the D.C. Circuit Court later this year), and one an appeal by Dominion of a December 2018 decision by the U.S. Fourth Circuit Court of Appeals that said that the U.S. Forest Service lacked the authority to grant the ACP a right-of-way to cross the Appalachian Trail (AT) through federal lands. (Read more about these cases at Southern Environmental Law Center’s StoptheACP.org.)

Rockbridge County native and retired head of the National Park Service Jon Jarvis had an excellent column in Politico, describing what a terrible, and unprecedented idea it would be to allow the ACP to cross the AT by going through the National Forest.

To be sure, many roads, powerlines and even pipelines already cross the trail along its 2,190-mile route, which winds its way across private, state and federal land. But as I and other trail hikers know, the national parks and forests where the trail runs are special. Their mountain vistas offer some of the most scenic and undeveloped wildland hiking in the East. Dominion’s pipeline would permanently affect the trail experience on these protected federal lands, carving up a largely forested mountain landscape with a cleared right-of-way the width of a multi-lane highway.

What you can do

As we head into fall, let us be ever vigilant and keep Dominion’s feet to the fire. There will be plenty of events, including Hands Across the Appalachian Trail in Lyndhurst, in the coming months so that we can remain focused on stopping these unwanted and destructive pipeline proposals.

Keep writing letters to the editors about what a bad idea this pipeline is for private property rights, for our economy, and for our natural resources (remember that there would be 189 stream crossings in Augusta alone!), and send communications to our elected officials about problems with the AT crossing. (Look up your elected officials here.)

Keep up the struggle. Remember that we are on the right side of history and that this pipeline is NOT a done deal.