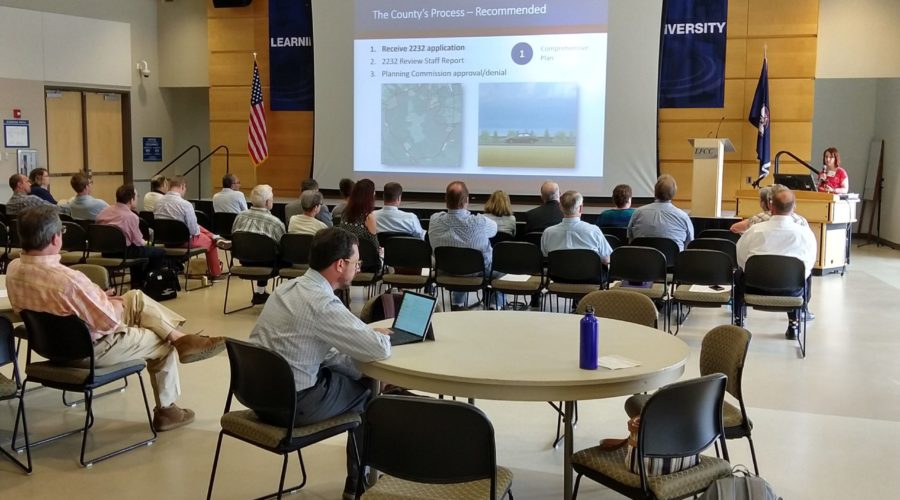 Solar, particularly large utility scale projects intended to send power back into the grid, can sometimes become controversial as is evidenced by the 95-megawatt, 850- acre project in Stuarts Draft that came before the board of supervisors earlier this year. The proposed project consisted of about a dozen smaller parcels, 150 acres and smaller in size. That project was denied on a 4-3 vote after much public input both for and against the project. This final outcome is currently being challenged in court.

Recognizing that county planning documents need to be updated in order to comprehensively and fairly evaluate solar projects in the future, the county has engaged in a few different strategies. First the county sent several planning staff to the June workshop, “Shining Light on Utility-Scale Solar in the Shenandoah Valley,” hosted by the Alliance with support from the Central Shenandoah Planning District where Senior County Planner Leslie Tate presented the county’s plan and status to address future proposals.

It is a fair bet that all our counties will face a proposal for a utility-scale solar project in the near future. The Alliance is looking forward to learning from this Augusta County process in hopes that good comprehensive plan language that addresses Valley concerns is produced and possibly replicated throughout our service area.